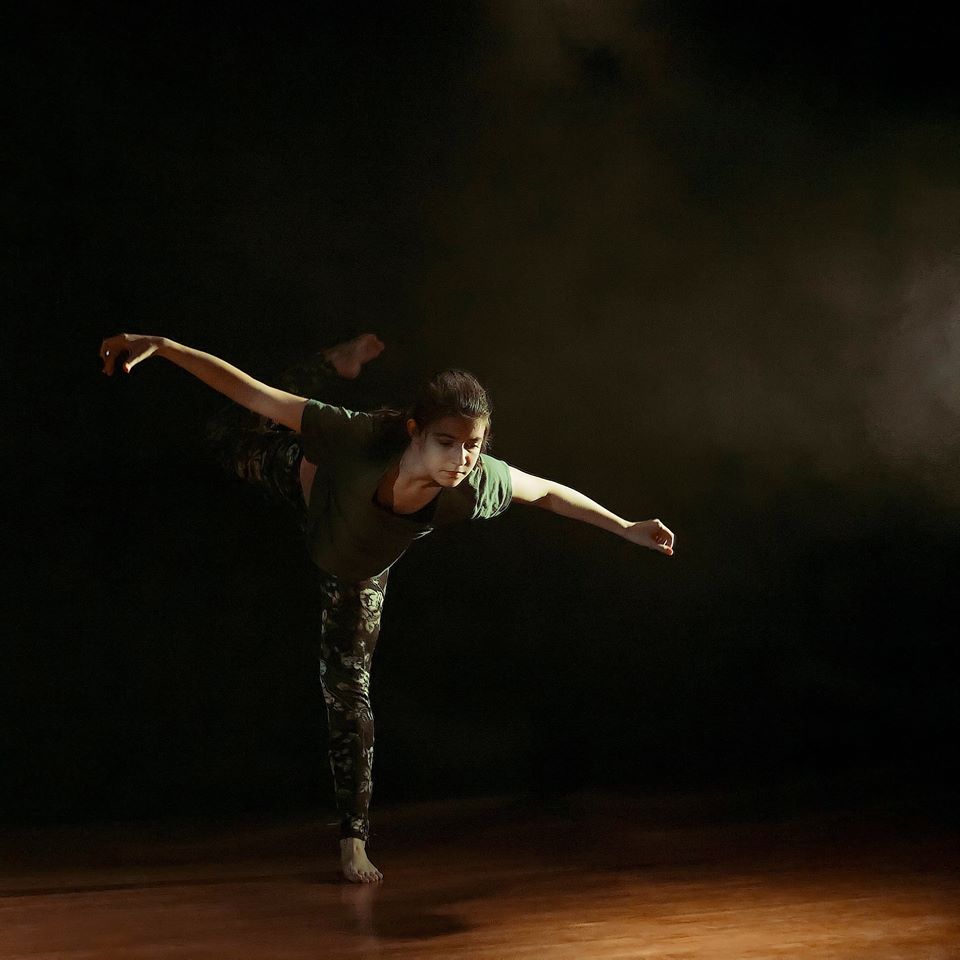 Two years ago, while we were finishing up strike after the 2018 Choreographers Lab, a friend asked me when I planned on choreographing and entering a piece in the performance. I told her I should probably do it the next chance I got but that I just hadn’t had any good ideas yet. My creative skills lay in 2-dimensional art; I’ve been drawing as a hobby since seventh grade, so for around four years now. I’ve been dancing almost three times as long—since I was 6 or 7—but as many times as choreographing had crossed my mind, I had built up a very simple, very firm mental block over the years: I just didn’t believe I could do it.

I still feel most comfortable creating with a pencil and a cheap Target sketchbook, really. Art has always been a way for me to preserve emotions I want to remember. Drawing, like dancing, has served as an indispensable creative and emotional outlet as well as a form of mindfulness as I’ve grown these past few years. My drawings often cross back into the dance world. My favorite thing to draw is people, and my involvement in dance has encouraged this interest and critically aided this skill. My sketchbook is full of familiar faces around FWDC. However, a couple months ago I identified the source of some frustration I’d been struggling with. I realized while I’m easily able to recreate powerful emotions through drawing, I’m not at the level of skill (or patience!) that I need to be in order to convey more complex feelings.

Then in August, inspired by a friend’s video on Instagram, an idea struck me for a dance piece. I sat down immediately and spent the next 45 minutes writing down my vision: it was a duet set to “Blackbird” by the Beatles. My dad used to sing it to my little sister Áine before she went to sleep, when she was very young. Sometimes if I was ready for bed at the same time he would let me sing it with him. We would sit together next to her little toddler bed and after we sang it enough times, she started to sing along.

The duet would be about Áine and I. It focused on this dynamic that we had preserved throughout the years and the sheer volume of how much I love her, just in general. It wasn’t inspired by any incredibly complex emotions that I couldn’t have put onto paper, but the chance to pair the sentiment with the song was irresistible to me. I had it all relatively blocked after less than an hour, and I even mentioned it to Áine herself in the next couple of days to gauge her interest—she’s 9 years old now, 8 years and 3 and a half months younger than I am. I got my dancers lined up quickly, happily finding my obvious first choices both agreeable to the idea. I filled out my application for the Lab when they opened, feeling good about my plan.

Then later in the year, I found out my parents had decided they were going to get a divorce. It didn’t surprise me. Being 17, I feel more than able to regulate myself, and this situation did fall within my means to deal with. It did change my outlook in a number of ways, though. While I was kept up to date on the state of things at my own request, Áine, being quite young, was not. Thus the concerns I had were not for myself but for my sister who still believed our situation perfect, or at least normal. This put a damper on the short, sweet duet I had planned for the Lab performances this year. Continuing on with my original idea felt… untruthful. In the next month or so I spent a lot of rather bittersweet time with Áine, in hopes that I could be emotionally close enough to her to be of help if anything went down in a way that was less than ideal. For years I had been loath to choreograph my first piece about something negative, but to set a piece about how happy we both were just felt wrong.

While I was having this change of mind I stumbled across a song that spoke my mind rather close to perfectly. I had been listening to an old Imogen Heap song and, looking her up on a whim, found her incredibly popular single about her own parents’ divorce. Minus the bridge, later sampled in Jason Derulo’s meme masterpiece, Hide and Seek seemed to me an unconventional but perfect specimen. Thus my new idea was born. The piece would remain a duet, but it would focus primarily on my feelings as I anticipated Áine’s reaction to this news and struggled with my relative powerlessness in the situation. This was the category of truly complex emotion that I had been struggling to describe artistically for years, a jumble of feelings I couldn’t possibly convey accurately onto a page. I’m really happy with how my piece has turned out thus far—it’s almost done, in fact!—and I’m more than relieved that I changed my concept. The piece I’ve created feels honest and accurate, if dramatic, and I’m looking forward to sharing it with the world.

I’m not only choreographing in the Lab, of course; I’ve always got to get my fingers in as many pies as I can. First, I’ve been in Pineapple Dance Project, FWDC’s resident youth performing troupe, for just over 6 years. We perform in any FWDC production we get the chance, and Choreographers Lab is always on the list. I’m really excited for that piece, as always. Besides being in Ashley’s piece for the Lab, a fellow Pineapple asked me to be in her piece—I’ll be dancing Sophia Shaw’s choreography as well, whose video inspired my original duet idea. Pineapple is almost regulation for me by now and while it’s always provided insight, Ashley Benninghoff, our director, is one of the most capable choreographers (or just people overall!) that I know. This is hardly a disadvantage, but working with a choreographer like Sophia that’s closer to my level of absolute beginner has been really interesting in a different way—we’ve been able to share our ideas, obstacles, and progress as we’ve been working and learning these past months. Both of our projects have grown in ways that wouldn’t have been possible without each other to lean on.

This entire experience has not only allowed me to bring to life my first ever piece of my own creation, it’s veritably opened a very securely locked mental door for me. Since two months ago when I changed my concept and really began choreographing, I’ve accumulated like 10 other rather concrete ideas for new pieces. Having access to this new way to communicate and recreate emotion, I feel as I did when I bought pro markers for the first time: suddenly there are so many options, so many layers available to me. It seems like the world is scattered at my feet, ready for me to paint however I’d like to. It may take me some time to feel completely comfortable with this new medium, but this is what I would call an incredibly auspicious start to my journey.

Tickets to the Choreographer’s Lab Performances can be purchased on our home page at fwdc.org or by calling 260.424.6574.